A 'World Cup Maths' lesson used football as a vehicle to explore substituting values into expressions.

Delivering engaging and exciting lessons is a priority of all staff at Hinckley Academy, as we continually investigate new ways to bring topics to life in the classroom.

The lesson began with Mr Hall giving an introduction to the football themed lesson and running through some example equations on the board. The class then took part in a competitive mini whiteboard challenge as they solved equations in the hope of winning points for their team. For their main task, the students were then given a World Cup hand out which asked them to work out the total value of a team of football players using the knowledge they have developed throughout the lessons to substitute values into expressions. Students will now go on to build upon this understanding in future lessons. 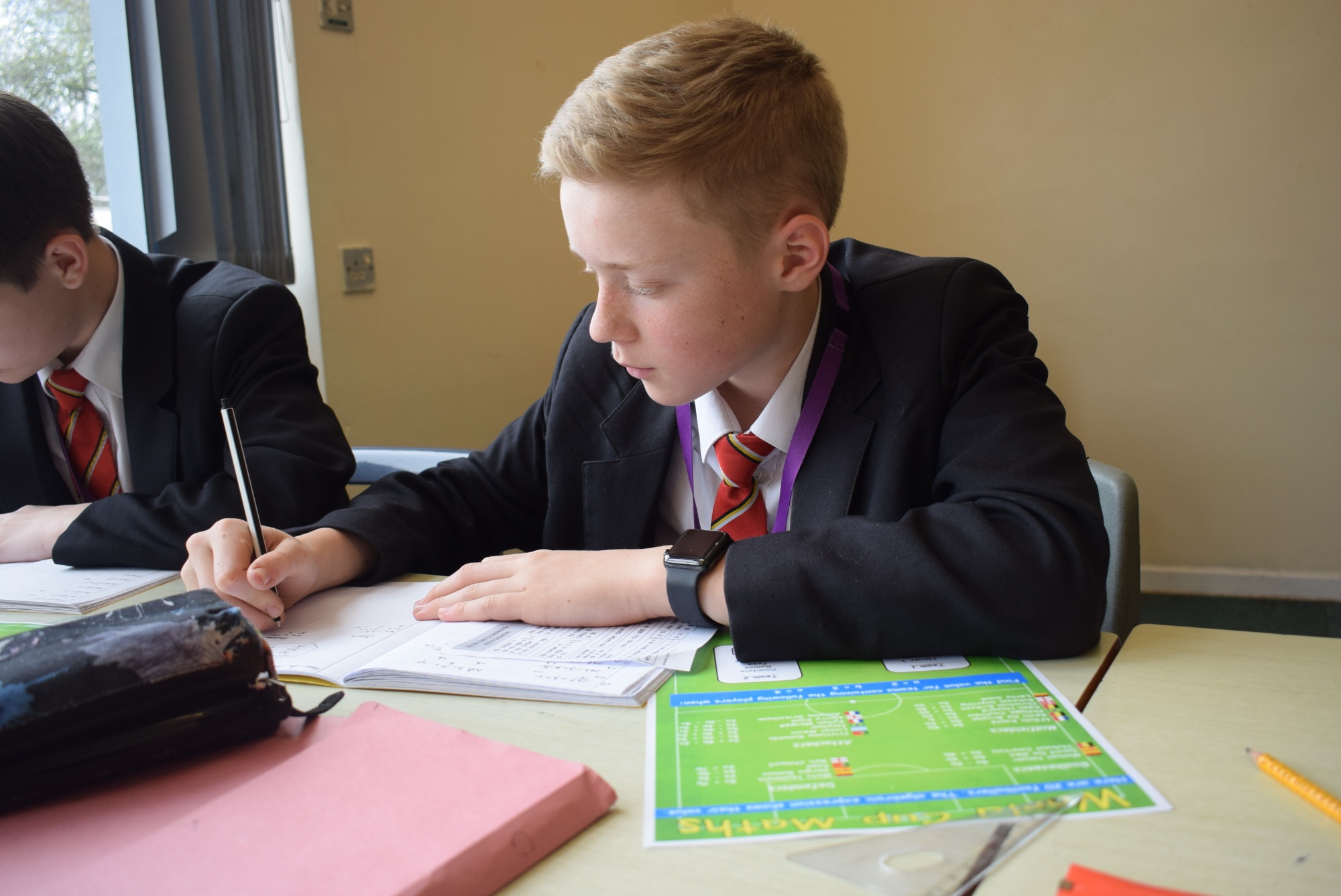